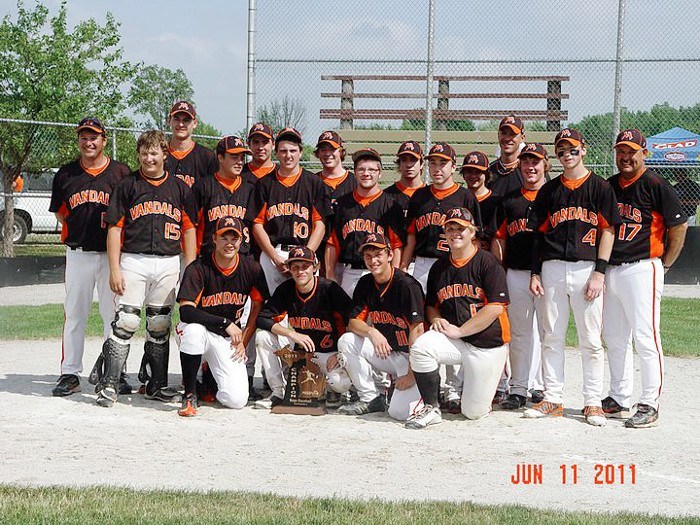 Quoting a line from a local newspaper article: “This Merrill Vandal’s  baseball team , and this post-season sprint to the finish line in Battle Creek, MI (state finals) was nothing short of remarkable.”   They finished 5th in the Tri-Valley West  conference during the regular season with a 13-11 record.  Under the leadership and inspiration of 26 year, Coach Dave DeBeau, solid defense and outstanding pitching from Senior Jimmy Schoof and Sophomore, Brandon Mudry, the Vandals worked their way thru the District, Regional, Quarter and Semi Finals finally losing to the state champions, Grosse Pointe Woods University Liggett who had a 29-4 record.  The Vandals led the first 5 innings but in the 6th, Liggett exploded for 5 runs and winning the game 5-1.  This was a remarkable and outstanding season. 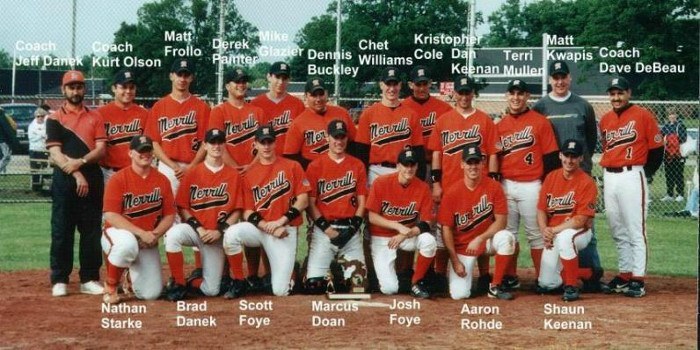 Under Coach Dave DeBeau, the VANDALS have had recent success with back to back winning seasons and District Championships in 2000 and 2001.  The 1987 and 1988 teams also accomplished this same feat.  In late 2001 the baseball field underwent major renovations by volunteers.