This Lady Vandal team shares the distinction of being one of three to bring a state championship to Merrill.  The other two being the 1947 Cross Country team and Dan Sheridan a 1979 state champion wrestler. Under the direction of Coach Dave Kennedy who was assisted by Coach Larry Honaman, the Lady Vandals posted a 30-9 regular season prior to marching through 7 state tournament games and a state championship title. 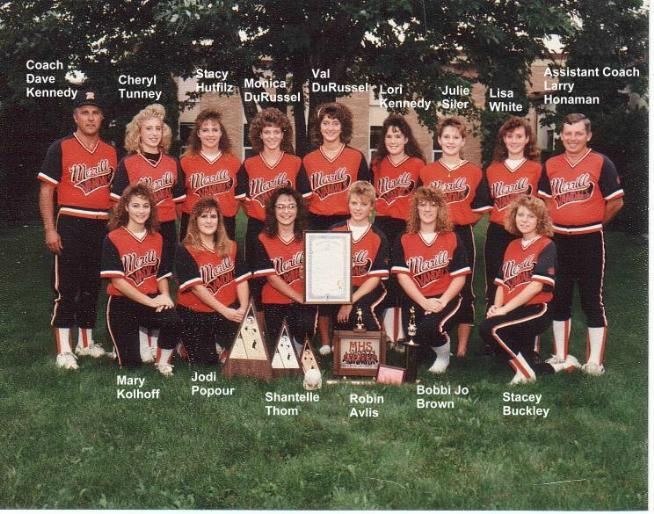